well the way Senya designed it, it also allows to merge into an existing account, so I thought the UI could provide both ways to do it? Obviously the way to do it at registration time (not mocked yet) will be the most used so most important I guess.

Will you do not only mockups, but also a ‘real’ UI?

Yeah I can do the HTML / CSS and eventually some JS part.

I would focus on the account creation version first and not mix merging in accounts, as the UX story of the latter seems a lot more complex and thus controversial.

Ok noted. Maybe I will have time to work on it tomorrow but not sure, otherwise next week.

I think the ‘creating new account from migrated data’ is also the most needed feature, so would be good to create that first. ‘Merging migrated data into an existing account’ can be added at a later date if desired.

Focussing on account creation is crucial…
but how many accounts are created and the user reminded to import an existing account just one hour later, so we need booth.

but how many accounts are created and the user reminded to import an existing account just one hour later, so we need booth.

Honestly I don’t think they are many “one hour later”. It’s more about all the people who anticipated the closing of framasphere in october or found pluspora working too badly, so they already created a new account, and now we will provide them a way for still getting their old posts with them. But let’s start with import during registration.

how many accounts are created and the user reminded to import an existing account just one hour later, so we need booth.

I think it would be useful to have that, but I don’t think it’s the number one priority. One of the key features Diaspora offered more or less from the beginning was the ability to move your data from one node to another, but this has never been possible for the non-techie user. Especially if, as Jonne says, the UX of migrating data into an existing account is more complex, I think priority number one should be to create a UX for creating an account from migrated data so that people can do this. The next iteration could be to refine this with the possibility of migrating data into an existing account.

To cope with the issue of someone creating an account in order to migrate data into it once created, you could add another option next to ‘sign in’ and ‘sign up’ saying ‘migrate account’ (or something similar).

Importing-Fraud? !
Is it possible, that a user account is imported, but a bad guy manually changed the origin account?
Could a account be overtaken or remotely deleted while importing auch an altered profile-file?

Hey, I just wanted to mention that despite being quiet those last weeks I still plan to work on the UI, I’m sorry July is a busy month, I will be back on it beginning of August.

@flaburgan
I have had a nice and productive talk to Benjamin. We managed to merge the missing blocks - data. ()Import and export)
And he had some ideas for fixing validating issues, but at last… I failed. Fixing validation/importing issues is quite hard to dive deep into the multiple levels of inheritence and keep tests running.

It was requested to import file on user creation, a UI is still missing for this.
The importing user will also not get any information about finished migration and no information for any error.
Any Ideas for this?

I’d like to thank you guys for working on this! I have no technical expertise, so I really appreciate people who can tinker with code and come up with such amazing, useful, wonderful stuff! A GUI for a fully functional account migration feature will really make Diaspora even more awesome.

Okay so quick draft, my proposition would be that when the visitors are clicking on the registration link in the header, instead of going directly to the /users/sign_up they arrive on an intermediary page looking like that: 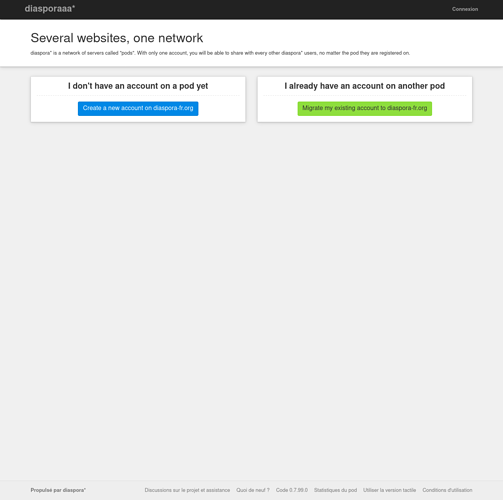 image1298×1290 80.8 KB
where two options are proposed. The first button is a link to the actual registration form, and the second button start the migration wizard (I mean, the popup similar to the second image in Backup and restore – account migration - #115 by flaburgan except that it’s about import and not merge). Does that sound OK to you?

The design of diaspora* starts to feel outdated (fonts are too small, buttons and colors feel old…) but I don’t think I should start changing that in this work, should i? 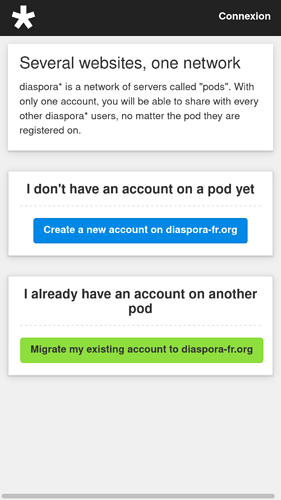 Does it need to be that prominent, is that really that common? Wouldn’t a link on the sign up form suffice?

It may. I don’t know. I know that many people will want to migrate because Framasphere is closing, but if they create a new account anyway they still can do the “import with merge”, that isn’t a problem. To add, we also don’t want to scare the real new users, so that new step with possibly them not knowing what this is about may be a bad move indeed. Let me try a new draft then. 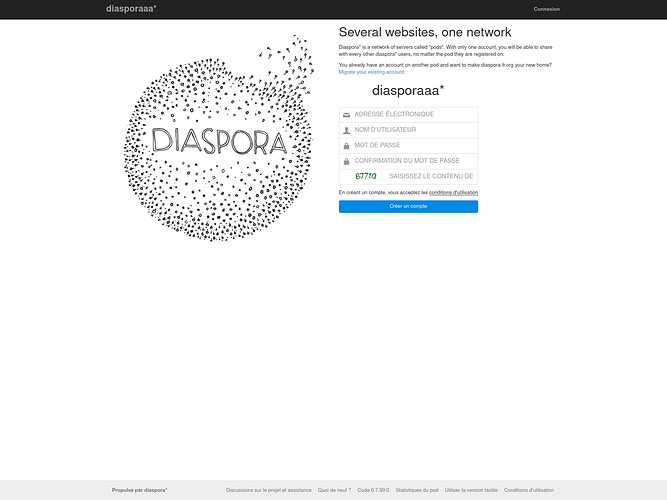 On that point, the best solution probably is to still display the form fields, but prefilled with what was in the archive.

Looks pretty clear to me. If a migrate button scares someone, let them create an issue and it can be dealt with then.

If someone clicks on the registration link, this screen appears: 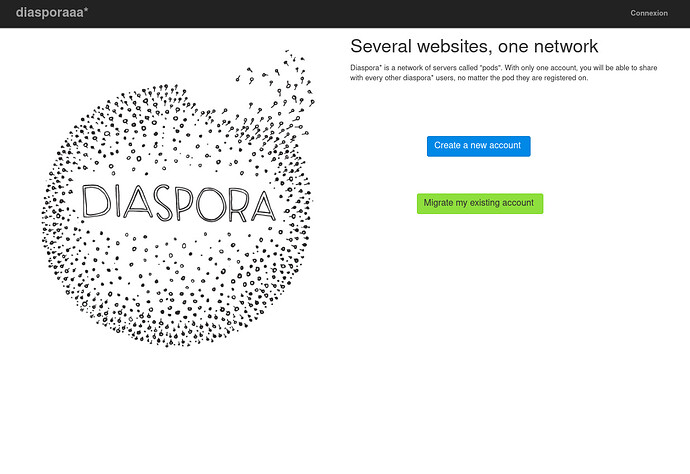 If they then click the ‘Create a new account’ button, the registration form appears in place of the two buttons: 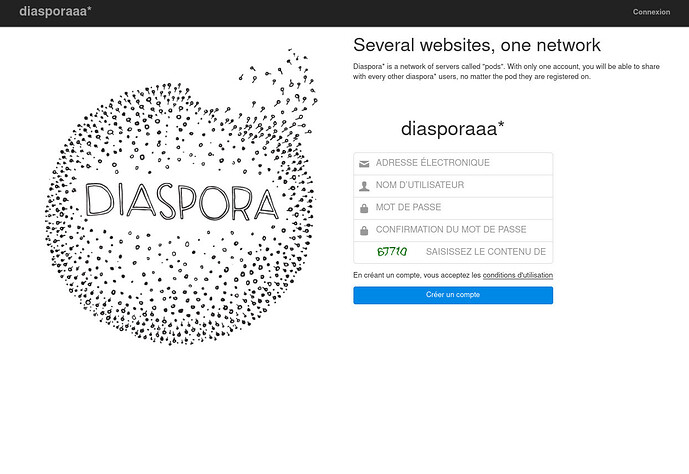 (These are very rough mock-ups, and part in English and part in French – I just did some cutting and pasting on Fla’s images…)

People who want to migrate an account to a pod will have to know that they first need to click the ‘sign up’ button to get to this page before they can migrate. This can be made clear on the pod they are leaving when they complete the export process.

On language, I don’t think there’s any need to include the pod name on the buttons – it’s obvious which pod the person wants to sign up or migrate to, because they’re on that domain. Also, some pod names are very long…

And perhaps ‘Move an account to this pod’, instead of ‘Migrate my account’ on the button is less technical, and might be more easy to understand. What do you think?